Common Gravestone Symbols and The Meaning Behind Them 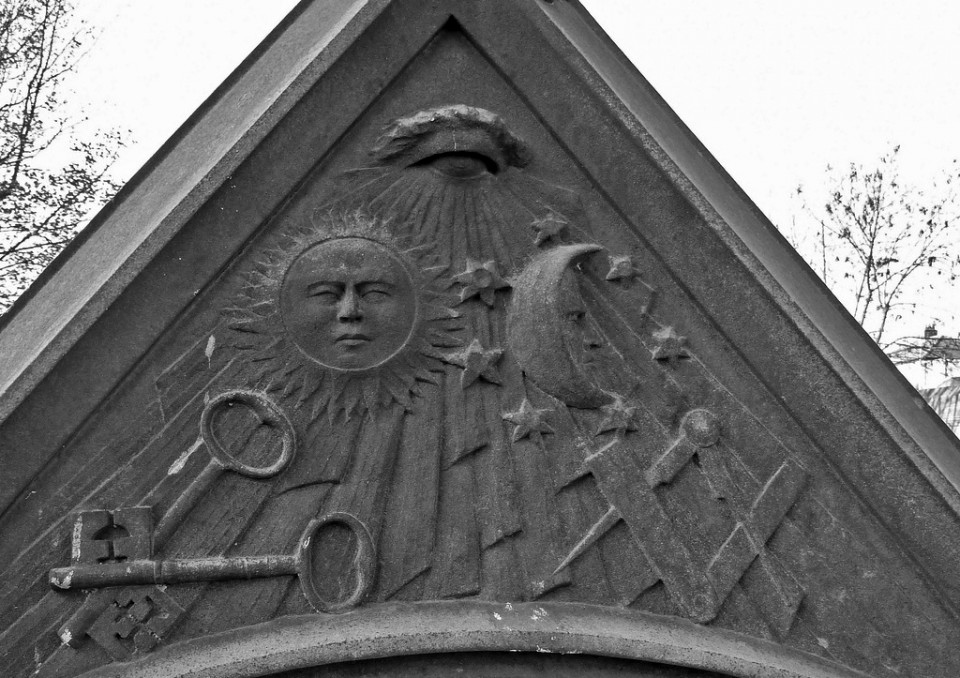 Graveyards such as Père-Lachaise in Paris, Highgate Cemetery in London or closer to home, Mount Auburn Cemetery in Boston or Riverside Cemetery right here in Colorado attract countless visitors every year drawn mostly to the astonishing variety of the memorials within. These may be no more than headstones or they may be monumental structures festooned with elaborate statuary. But one thing most have in common is the inclusion of perplexing symbols and iconography. In this post, we’re going to take a closer look at some of the more common gravestone symbols and the meaning behind them.

The Iconography of Headstones in Littleton Deciphered

Grave markers come in all shapes and sizes and many display what are to most people, perplexing symbols. Below we explain some of the most common symbols found on headstones for graves.

The carving of an intricate ivy-covered headstone is neither easy nor cheap. Therefore you won’t see ivy on most gravestones. But when you do it is there to symbolize the triumph of God over death. The hardy, evergreen nature of this persistent vine is considered a perfect metaphor for God’s promise of life eternal.

The square and compass are Masonic symbols that stand for the ability to use moral teachings as a measuring stick for behavior (the square), and the ability to establish control over what are considered to be base impulses (the compass). These two principles are the pillars of Masonic thought. Masonry is and has been widespread in the US so the Masonic square and compass are common sites in US graveyards. 15 US Presidents, including Washington, FDR and Gerald Ford were Masons. In the Greek alphabet Alpha (Α) is the first letter and Omega (Ω) the last. For this reason, the two letters are often found together on gravestones symbolizing a person who has completed their earthly journey from beginning to end. Some people will include it for more overtly religious reasons, typically as a reference to Jesus’ description of himself as “the Alpha and Omega, the beginning and the end.”

The use of the burial urn to hold the ashes of the deceased precedes burial rituals in many cultures. So it is no surprise that the urn would resonate deeply as a symbol of death and find its way onto many headstones. Many times an urn atop a headstone will be draped. In some cases, the cloth is intended to symbolically safeguard the remains of the deceased, while in other cases the cloth may represent the final barrier between life and death.

The calla lily is a beautiful flower which over the centuries has been assigned a multitude of symbolic meanings by people from different cultures. When you see it in a cemetery it is there as a nod to the ancient Greeks who used it to represent both death and eternal life. They also believed that if you cut a calla lily and placed the stem in water after a person died the flower was able to transport the soul to the great beyond.

The anchor may have one of several meanings. In pre-Christian times it was a symbol of safety and security. During the Middle Ages, it came to symbolize God’s steadfast presence in a turbulent world. When you see anchors on headstones in Colorado it may mean that, or it may indicate the deceased earned their living from the sea or was a naval veteran. A broken chain attached to the anchor indicates death.

In the vast majority of cases the presence of an elk’s head on a gravestone indicates the deceased was a member of the Benevolent Protective Order of Elks, a social organization begun in New York in 1868 and based largely on the principles of Freemasonry; though with a decidedly more patriotic slant. The combination of the fact that the organization is over 150 years old and still boasts more than 1 million active members in the US means the Elk’s Head is a common symbol found in US cemeteries.

Social organizations have historically played a huge role in helping various groups find common ground and work toward their common betterment. The Daughters of Rebekah was one such organization. The DoR was an offshoot of the much older Independent Order of Odd Fellows and admitted only women members. While membership is down from its late 1970s peak there are still tens of thousands of active members in North and South America and Europe. Common symbols denoting the resting place of a DoR member include the intertwined letters D and R, the crescent moon and the beehive.

For competitive headstone prices search for “headstones near me” or call Mile High Memorials. We offer compassionate support to grieving families while helping them honor the life and spirit of their loved ones. If you have particular symbolism you would like to include on a memorial simply let us know and our artisans will be happy to add it in a tasteful and timeless way to the marker.